Interview with Andreas Schmiedecker of Outcast 2: A New Beginning 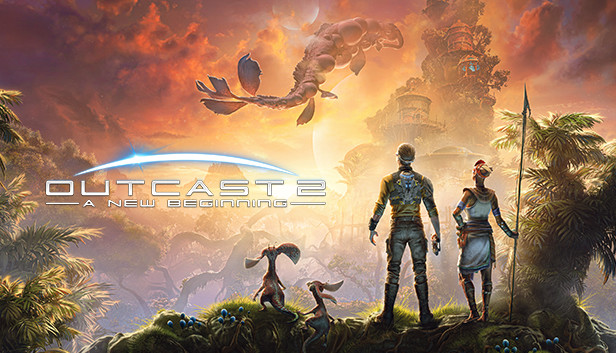 Since the original Outcast game came out 20 years ago, we’ve had a number of science-fantasy action adventure games come out and enjoy success in the marketplace. Now, THQ Nordic and Appeal Studios are hard at work in putting together its sequel – Outcast 2: A New Beginning. To find out more about the game, I (briefly) spoke to Andreas Schmiedecker, Associate Producer at THQ Nordic, and also got to ask him as to why he thinks it’s a good time to bring back the franchise after 20 years. Enjoy!

Andreas… from a publishing perspective, Outcast has been gone for 20 years. Given the fact that the IP has been dormant for 20 years, what makes you think that the time is right to bring the franchise back?

So the IP has been dormant, but it has never really been gone. We have an extremely strong fan base, and they’ve kept it alive for years and years. Actually, there have been a few things, for instance, they’ve made a remaster. They made a crowdfunding campaign for a remaster of the first game that came out in 2016. Basically, there has been a lot of interest, and at some point THQ Nordic… what we do, we like to see what IPs are out there that have a strong fan base that we can bring back. And at some point, we talked to Appeal Studios about what they could do, and they actually pitched the idea of what they could do if they had unlimited resources, and they said that they would want to bring Outcast back, and we said, “okay”. It’s such a fascinating IP. It has a timeless story. It’s a thing that’s still a bit different, even now, because I think we have a different outlook on what science fiction is. And I think this is the right time to bring it back, especially if everything in the world is kind of dark and gritty. And fans are excited, and we’re excited, so I think it’s the right time to bring it back now.

No, not at all. And of course, if you’re a fan of the first game, you will recognize quite a few things, and we appreciate that. But it’s a self-contained story and you can just jump in and have fun and experience it. So, no knowledge of the first game is needed.

What we have on the technology side is the simulation going on, but it’s more of a thing that goes on in the background, because everything has advanced a lot and we are a small team. So we’re using Unreal Engine 4, which is a reliable technology, to do foliage and stuff like that. Basically, the stuff you couldn’t do with voxels and that also wouldn’t be accessible on consoles. So we’re basically trying to make the game as accessible as possible on all current-gen consoles, which is why we’re using the technology.

You mentioned that it’s a small team. How big is the team?

I don’t mean to say this in a bad way, and I would like to say that before I say anything else, but the game reminds me of Mass Effect and Anthem. Are any of you fans of those two games, and at the same time, is any of the development team personnel from the studio that worked on those two games?

BioWare… So is there any Mass Effect or Anthem “DNA” as part of the Appeal Studios team? And at the same time, how much of an impact have Mass Effect and Anthem, as well as other science fiction games had on Outcast? I tried to say all of that in the most respectful way…

It was perfectly respectful. So of course, games do a lot of things and we keep track of what other people are doing basically. And there’s a lot of nice things in both Anthem and in the Mass Effect games that we like, and we like to play those games. They’re very different though. For instance, at its core Outcast is an action-adventure, whereas Mass Effect is a role-playing game, and Anthem has a multiplayer component. So they’re different, but of course, there’s also similarities – like how you move. And we actually loved the flying gameplay in Anthem, that’s super cool. And we hope players will like that in Outcast 2 as well.