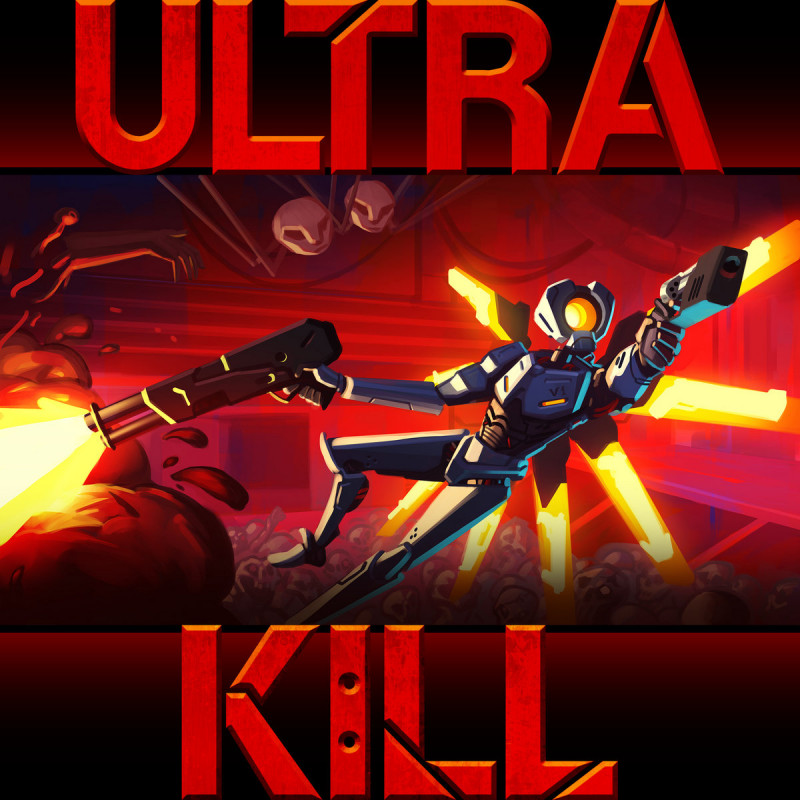 There have a number of FPS games recently that have featured the old school gameplay and design formula of classics like Doom. This has lead many to believe that the games industry is currently undergoing a retro shooter renaissance at the moment (with a number of “boomer shooters” leading the charge). One of these games is ULTRAKILL – which has been described as “a fast-paced ultraviolent retro FPS combining the skill-based style scoring from character action games with unadulterated carnage inspired by the best shooters of the ’90s“.

Even though ULTRAKILL is in Early Access and won’t be properly released for some time, the game has already won numerous fans and has been hailed by some as being one of the most fun games in recent times. With that said, I got to interview Arsi “Hakita” Patala (Lead Developer) of ULTRAKILL, and got to ask him as to what makes the game stand out for FPS fans.

Can you tell us a little bit about yourself and your background as a games developer? How did you get to be where you are today?

I dabbled around with Game Maker and FPS Creator as a kid but I didn’t really get into game development properly until I got into a game design course. I finished that, then started a different one while starting development on ULTRAKILL at the same time. Once ULTRAKILL started taking off and became successful I quit that school. I’ve made some small game projects for practice and some game jam games, but ULTRAKILL is my first commercial project.

You’re based in Finland. What is the game development scene like in the country, and how do you think the Finnish games industry can make greater strides in being noticed internationally?

No idea. Thanks to the internet, these kinds of country borders don’t really matter much anymore from my experience. ULTRAKILL gets worked on by people all across the globe and what countries they’re in doesn’t really change anything.

How did you come up with the idea for ULTRAKILL? What was the inspiration for the project, and what were the early days like for you in the context of the game’s development?

I had a stealth game I was working on called Untraceable that I started at my previous game design course, and once I moved to the newer one I showed that off to a fellow student and they told me it was cool but it just wasn’t fun to play. So I decided to scrap the project and instead start a new game from the ground up based on all the things I thought was fun in games and focusing completely on gamefeel above all else. That’s ULTRAKILL.

How long has the game been in development for, and how big is the core development team? How did you find the team members, and what steps were taken in recruiting them?

Development started in early 2018 but it was very on-and-off until early 2019 where I started working on it seriously. I do most things myself, but to assist me I have a programmer, three 2D artists and two 3D artists, from whom I ask for help when I need it. Initially I was just getting help from friends, but as the project grew and I started showing it off publicly more, I started getting the interest of more experienced artists. Mostly it was acquaintances, friends of acquaintances and members of the game’s community who made mods or fanart.

What was the reasoning for you to develop ULTRAKILL on the Unity engine – especially in the context of it being a “retro boomer shooter”? At the same time, to what extent is Unity suitable for these type of games, and how do you think the engine has affected your workflow (in comparison to other engines – like Build)?

I used Unity because I had used Unity before, that’s really all there is to it. With how game engines are nowadays, you can do basically any kind of game on any kind of engine, so what matters most is what you have experience with. 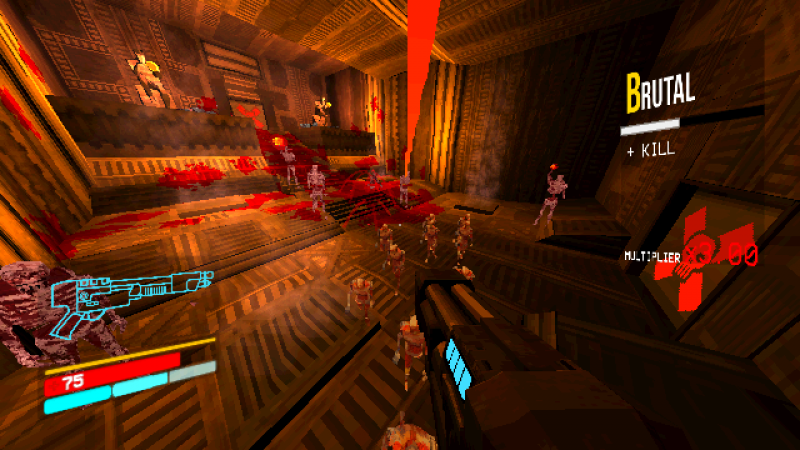 What would you argue have been the biggest obstacles that you’ve had to overcome during the game’s development? How did you overcome these challenges, and what lessons did you learn in the process?

I think the hardest part is finding the right balance of work and free time. If you work too much you’ll burn out and either make less progress or the work’s quality worsens, but if you don’t work enough you don’t make meaningful progress. I haven’t really figured it out yet, but I’m getting better at it I think.

There’s a lot that makes the game stand out, because it’s a really different take on FPS than most of its peers thanks to it basing its design more on character action games like Devil May Cry than FPS games. The closest is Doom Eternal but even that is very different. I don’t know what lessons game designers should take away from my game, that’s for them to analyze and decide. What makes a good FPS game is a very wide question, but the only real answer is that there’s no single through-line to that. What makes any individual FPS game good depends on the game and its context, what makes one game great can ruin another.

It’ll be released when it’s done. There’s no deadline or roadmap outside of that. The campaign will be 3 layers long, however long that’ll take people to beat depends on the player. We’ll consider ports after the game is done.