Interview with Brandon Yu (aka Chaoclypse) 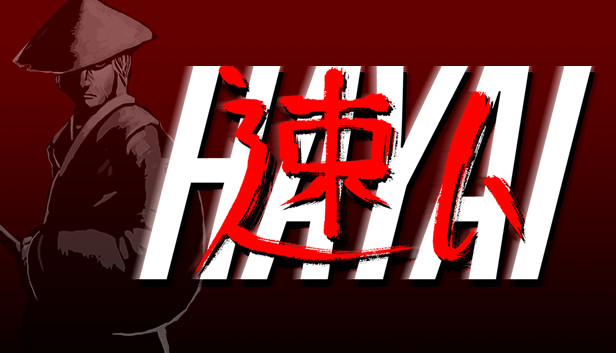 I first heard about Brandon Yu (aka Chaoclypse) after he released his first commercial game on Steam – Hayai. What I liked about his game was that it was less than £2, and had been developed in 2 weeks (after the developer had undergone wrist surgery). And whilst Hayai was indeed a strong showcase for the young Sinagporean’s talents, after doing some research, I discovered that Brandon Yu was already responsible for a whole slew of indie game releases that had won a number of industry awards – including – Scrap Mettle (2nd for Claude Comaire Student GOTY), Melody of Explosions (Koei Tecmo’s Most Innovative Game), and Alpacalypse (Student’s Choice for Sophomore Game of the Year).

As part of a new wave of programmers / auteurs that are gaining prominence in the games industry, Brandon Yu certainly reminds me of solo artists such as Kenta Cho and Jonatan Söderström (aka Cactus) – if only because he’s created so many games in such a short period of time. It’s this trailblazing rapid fire approach that has earned the developer an award winning reputation at game jams – where he’s won Best in Design at Singapore Global Game Jam 2017, and been placed 2nd for Fun in Ludum Dare, and 1st for Bushiroad x Digipen Mobile Game Jam.

I wanted to find out a little bit more about Brandon Yu, and was keen to determine as to how he was able to build such a strong portfolio of work at such a young age. As part of this, I also wanted to know as to how the young developer got his ideas, and how he determined as to which ideas were worth pursuing for his gaming projects. Enjoy!

Can you tell us a little bit about yourself and your background in games development? How did you get started, and what made you decide to become a games developer?

I started dabbling in game development about 7 years ago, but I only really got into it when I enrolled in the Digipen Institute of Technology Singapore – that’s when I really found my love for creating games. I’ve always been interested in creative endeavours. I’ve been drawing and programming since a young age, so it seemed a natural fit.

I think the reason why I’ve been so productive is because of a few factors. I enjoy multiple creative disciplines, and my abilities to do art, design and programming inform each other.

On top of that, I’m always analysing my workflow for any bottlenecks. I create a lot of tools, and have a personal framework for coding my games.

Above all, though, I tend to try to understand the scope of the project, and thus, how hastily I can code the system. I feel like knowing when it is alright to make a mess is integral to getting a game out the door.

How do you get ideas for your gaming projects, and how do you decide as to which ideas are worth pursing?

A lot of the games I made are from game jams, and were made in a few days. In reality, I’ve probably made a lot more prototypes – these prototypes give me the initial spark for larger projects, and inform my decisions during the initial stages.

Your game development history consists of many smaller projects, as opposed to fewer bigger projects. Why have you opted for this type of development approach, and what would you argue have been the benefits of making smaller games (as opposed to bigger games)?

I’ve opted for shorter games mostly because I can’t keep still. My art style, for example, changes almost biweekly – and so do my interests.

When making games solo, I find it most important to enjoy the process. Making shorter games just fits my personality, and allows me to explore a much wider range of topics. I can always return to a topic if I find it appeals to me again.

That said, I have made games that took about a year or so to complete – but those are school projects that I can’t put on my Itch account, unfortunately. Having done those larger projects, though, I can say with confidence that smaller projects are much more enjoyable. 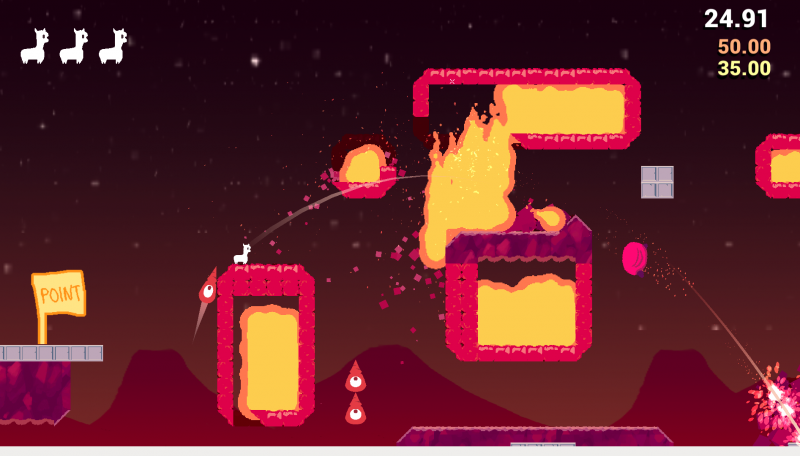 As someone who’s already won a number of awards as a games developer, what advice would you impart to others who are about to embark on their game development journey, and who aren’t maybe seeing the kind of professional game development results that they would like?

I’m not sure about results – I’d say that can come down to a lot of luck, and I’m not smart or experienced enough to answer that well, but I can offer some advice for being a better developer.

For that, I would say to cross disciplines. If you’re mainly a designer, try drawing and programming, for example. But don’t stop there, try to do things that might interest you outside of game development. All this will feed into your development and make you much more effective, or at the very least give you a better intuition for what kind of a developer you might like to be.

Out of all the games that you have worked on, which particular game are you most proud of and why?

I like Alpacalypse quite a bit. Not because it’s my best game (though I’d say it’s up there), but because I made it in 3 months crunch-free, and I won my first small award with it.

It was just a very pleasant game to work on, and I am proud of the end product as well. Not many of my games have that combination.

Finally, what are your future plans, and where would you like to see yourself in 5 years time?

That’s a tough one. Like I said, my interests change quite a bit, so I try not to make long-term plans, or at least not to set them in stone. I guess I’d want to continue making things that I love to make, and inspire creativity in others.