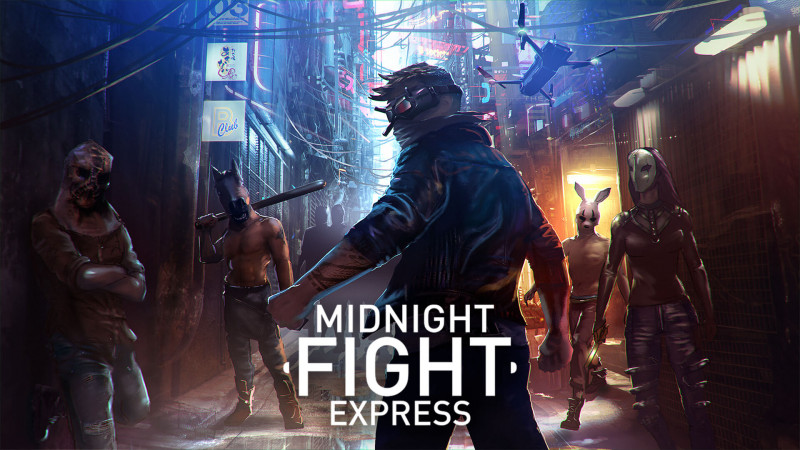 One of the great things about indie games today is that modern development tools enable creators to just go absolutely crazy with their passion projects – that also don’t need to be approved by committee. However, one of the biggest problems which indie game creators face is raising awareness for their projects. And I found this to be the case with Jacob Dzwinel’s little known isometric brawler – Midnight Fight Express. A delightful little gem which I only just discovered at Gamescom this year, and which has been getting rave reviews from indie championing gamers since its release.

Even though the game is on GamePass, not everyone has access to the subscription service, and not everyone is a fan of its underlying business model. Indeed, I spoke to a number of developers at Gamescom who argued that GamePass is bad for the industry – as it devalues the efforts of developers, and also devalues games by making the multi-year efforts of companies appear to be “free” to consumers. And by making games “free”, GamePass not only devalues games, but also devalues the perception of games – by training people to not spend money on games. This will have disastrous implications for the industry (and the quality of future gaming titles), especially as there’s growing evidence that not only are gamers spending less money on games (even though subscriptions rates have gone up), but that gamers are also buying considerably less games (therefore proving that less money is being spent on the industry) after subscribing to services like GamePass. 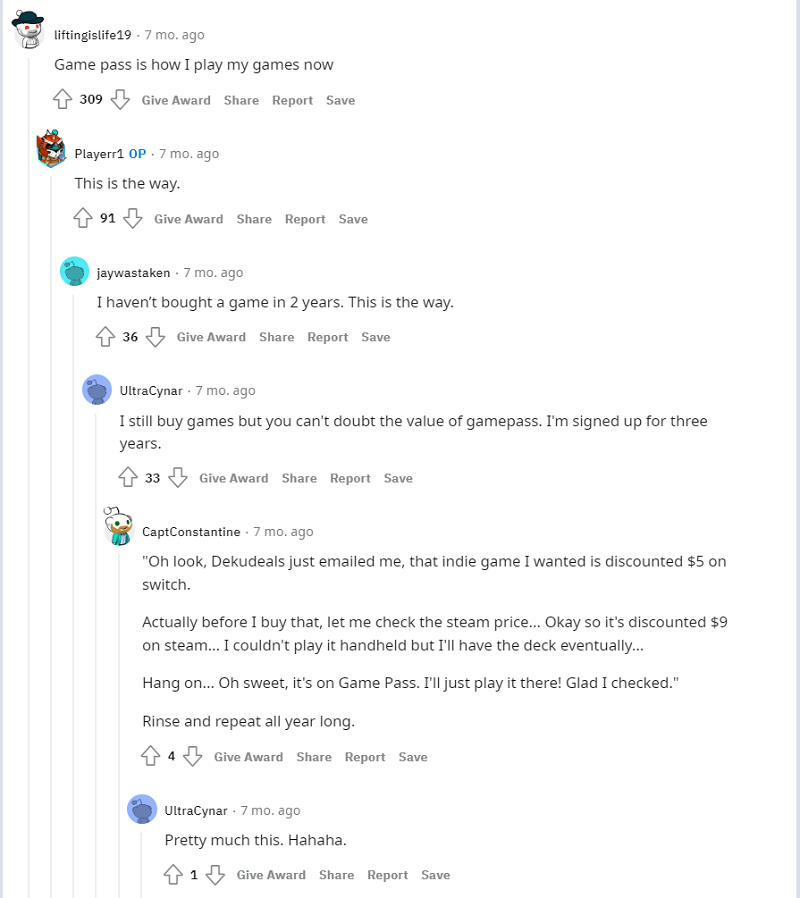 It doesn’t matter if more people got to play Stray after it was featured on GamePass. What matters is that less people will buy Stray (and less money will go to it’s developers) after it was featured on GamePass. And this can be proven by the “best” rated gamer sentiments on a Reddit thread which discusses the “success” of the aforementioned subscription service. Indeed, the above sentiments prove that if people can get something for free, then they’ll rarely be willing to pay for it afterwards.

As someone who is a strong supporter of indie games, I wanted to know a little bit more about Jacob Dzwinel’s pet project, and also wanted to know if Midnight Fight Express will be getting a physical release so as to allow the title to raise its profile and be noticed by more gamers. At the same time, I honestly believe that the game deserves to be a financial success, and that more people should financially support projects like Midnight Fight Express – as opposed to cheaping out and experiencing the game for “free” (via GamePass).

What was the original inspiration for your game, and what made you want to create the game in the style that you’ve made it in?

Probably the biggest inspiration was from old action movies that I watched when I was a kid, as well as games like Batman: Arkham Knight that had specific combat styles with a huge amount of combat moves. They were a huge inspiration for my game and I really wanted to do something similar. It was really fun to just watch other games and to just learn how they are made. And just recreate elements of them for my own game. So it was a lot of fun.

I understand you made Midnight Fight Express by yourself…

What engine is the game developed in?

Can I just ask… You obviously had help, although that doesn’t take anything away from your accomplishment. As a lone developer who made Midnight Fire Express, what was the most difficult aspect of being a single one-man band?

I think the most difficult part was that I took everything on by myself. So every aspect of the game that I didn’t have experience with, it was my responsibility to make it right. So it was really hard to learn about it, and I had to spend so much time in my home.

The hardest part was also that I have a small child in my home, and I had to work for four years with my child at home. It was really hard to just make the game whilst working at home alone. I really missed working in companies, but it was still great fun either way. It was just really difficult to make everything by myself with only some help from others.

I think the next game, if I ever make one… I think I will definitely just find someone for help. Because it will be a lot easier to just make the game and share the project with someone else. So it will be a much easier development. Not at all like right now, where everything was just really, really tough. 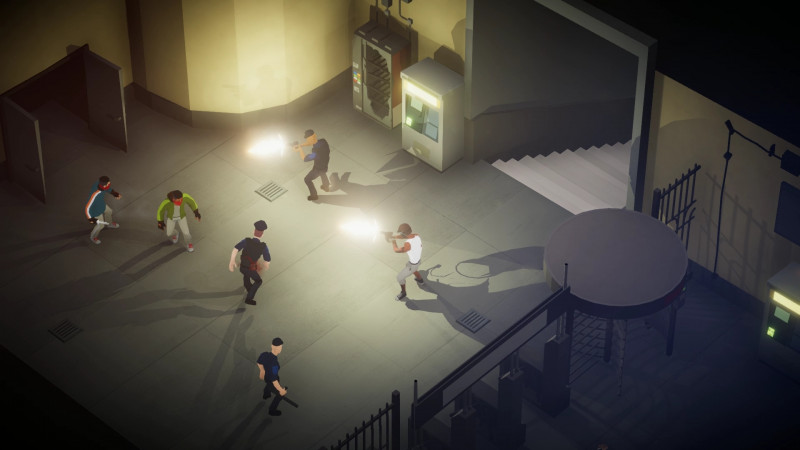 Is this your first game?

Yeah… Actually, I’ve made some other games. Small games for Newgrounds and Flash Portal games when I was young. Even then, and when I was 14, I sold my first game for like $300. And my parents were really shocked by that stuff. But this pushed me further to make other games. And since then, I’ve made many small games, but Midnight Fight Express is the biggest game and has taken most of my time. It was something like four years of full development. But I’ve had experience with other game companies that make games. So I was actually pretty experienced when I started making Midnight Fight Express.

The game music soundtrack is synth-based. What was your decision for making the soundtrack synth-orientated as opposed to something else?

It’s a really interesting question because I didn’t think about that. I think that it was a matter of taste. I really like it. I first heard it in the My Friend Pedro trailer. It’s another game which my music artist worked on, and that game is actually just techno-oriented music. He actually did a lot of other different types of music for the game too. There were other levels where the music is a little calmer. So these 45 tracks in the game are actually somehow different from each other. But I think the main inspiration for the music is constant action, because the game offers constant action all the time. There’s no time to calm down because you are always getting into trouble in the game. I think what I really wanted was to just have very action-oriented music all the time so the player can easily get into the game and the music can help the player feel the combat.

How many levels are there in the game?

There are 40 levels in the game.

I know that you’re the creator and principal architect of Midnight Fight Express. But as the designer and level designer of the game, what difficulties did you have in making 40 levels that are unique from each other? Because ultimately, you would want players to be intrigued. You wouldn’t want them to play what would essentially be the same levels again and again, even if they’re in the same game. What did you do to ensure that the game stayed interesting throughout the levels, bearing in mind that you had 40 levels?

The first thing that I introduced when making Midnight Fight Express were the skills. So when you finish each level, you unlock new skills. So every time you get to the next level, you get a new skill and you get to learn it by using that skill. But other elements were things like environmental items. I really wanted the player to not just focus on enemies, but also focus on other environmental things in the game. There are levels where there is a train station and you have to fight with enemies and watch out for the environment. There are two trains moving from different directions. It also gave the game a vibe and I really wanted to make the levels unique in every aspect. So each level looks completely different in a way, if you are talking about the aesthetics, because I really wanted the levels to not repeat in the context of there not always being sewers, there not always being towers, or anything like that. There is always a new place in the game. I think it was really hard, where the level design for levels is unique. I think I took a lot of inspiration from other games and I tried to give something of myself in that too. That was a really cool part of game development. 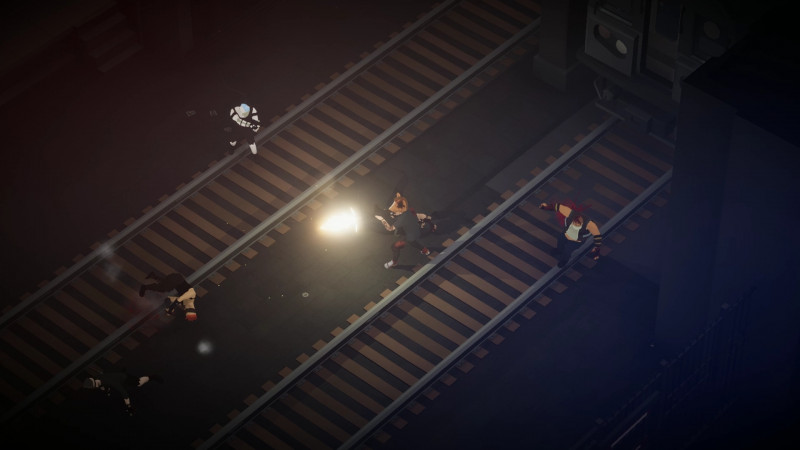 Midnight Fight Express is an isometric brawler. Do you think you’ll ever consider making a side-scrolling brawler – like Final Fight? Do you think that will ever be on the cards for you?

What would you call the art style? It’s kind of blocky. Is it low polygon?

Yeah, I think it’s low polygon. You don’t see that many games with that art style. Maybe you do. But it’s mostly because I’m not a graphic designer and I needed something very simple to create the levels very fast, and make them a little more detailed. I mostly make graphics by myself, but I used some packages and I just created levels. When I needed something unique that I was missing, I just asked some of my friends to help me. But I think it’s low poly and I think it blends really well with the animation style.

It’s ultimately a stylistic choice that’s due to your technical knowledge, but I think it came out great. I think it looks absolutely amazing and it goes well with the style of gameplay that you’re ultimately aiming for. And on that note, I know that the game is out digitally, but are there any plans for a physical release?

Got to make the petition right there [laughs]… Make sure this game comes out physically. Like, keep physical alive.

What are your future plans?

I really want to see what people like and don’t like about the game, so I can improve the game, and maybe make some DLC. I have some ideas, and think the game is a good base to make something bigger.

You’ve got the gameplay systems in place. You’ve also got existing assets. You could basically create a sequel – which is so much more easier to create than starting out and making the game from scratch. So it’s almost like Streets Of Rage 1 and Streets Of Rage 2. You could just make a sequel and call it Midnight Fight Express: Downtown or something.