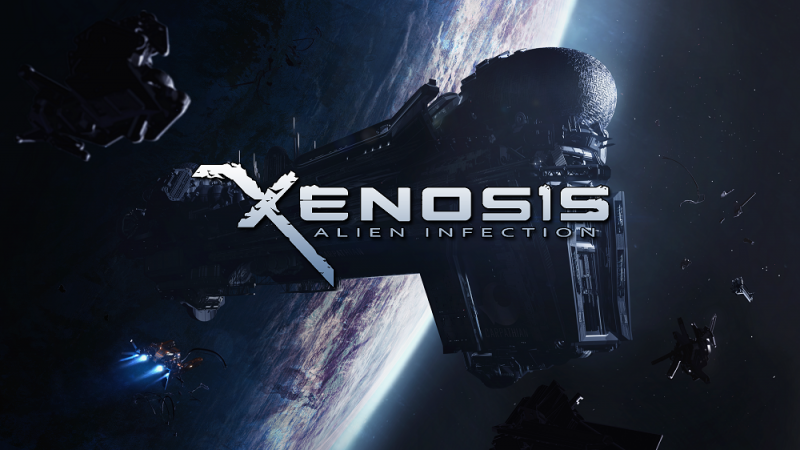 As someone who really liked Alien Breed on the Amiga, what initially attracted me towards Xenosis: Alien Infection was its retro-inspired look that pays homage to Team 17’s sci-fi franchise. At the same time, the game also looked suitably gritty enough to evoke memories of Dead Space. With a sci-fi survival horror aesthetic that incorporates 2D pixel art with 3D modern lighting, dynamic shadows and 3D positional audio, Xenosis: Alien Infection is certainly shaping up to be one of the standout indie games to be released later this year. And to find out more about the game, I spoke to James Stone and got to ask him as to what inspired him to make the game. Enjoy!

What inspired the game?

Well, I’m old and therefore I used to play old computers. So in my teenage years I was obsessed with a game called Alien Breed on the Amiga. And I guess I probably had the idea for it back then, really. It’s my love of everything that I love about sci-fi, sci-fi horror. It’s inspired by movies, books, and games. And it’s just a culmination of everything that I love about sci-fi and I just wanted to make a game around it, so I did.

How long has the game been in development for?

Full-time… perhaps two and a half years now. It’s quite a large-scale game, certainly a large undertaking for a solo developer. So when I started back in 2016, I worked on everything myself. I’ve done the design, the writing, programming, art, music, sound, everything. But as the game has progressed on, the team has grown in size. Right now, there’s five of us working on the game. So yeah, it’s been a bit of labor of love, this one.

When is the game due out?

It depends on the publisher and on their time frame.

You mentioned publishers. So are you speaking to people right now?

I am, yeah. Speaking to a number of publishers. There’s one or two that we’re almost over the line with, but I can’t share those details yet.

Well that very much depends on the game, really. There are a number of publishers whose games I absolutely love. I’d love to sign with some of them, but it’s probably not the type of game that they would normally publish. So I don’t think there’s anyone in particular that jumps out on me. Like, I love Devolver Digital’s games but this is not a Devolver game.

I assume that the game would get a physical release as well at some point?

Do you know what? I’d love to do the a physical release. It probably is difficult for small indie productions like this. You know, you really have got to do economies of scale when you come to physical releases. I think if the game was received really well, and there was a great following for it, like you do get with certain niche indie titles, I’d love to do a Limited Run of it because I, myself would love to have a physical copy of my own game. So yeah, if there was demand for it, I’d love to do one after release but it just depends on how the game sells and how it’s received.

How long is the game?

We’re aiming for a 15-20 hour story, so it’s pretty sizeable. The nature of a slow-paced exploration game is that you’re not just going to bust your way all the way through it. There is a path that you need to take. I think it’ll be a sizeable experience for the player.

There’s all kinds of weird stuff in this game. There’s all kinds of twisted, weird, horrible things that are trying to hunt you down on the ship, but not “aliens” per se, without blowing the story. You’ll find out as the sequences of the ship unveil themselves.

No, Dead Space has a… It’s not similar to it, I think. It’s difficult not to draw on inspiration from stuff, and I love the Dead Space series, I love Alien Breed, I love System Shock. I love many types of games and it’s hard not to be influenced by things that you enjoy. I wouldn’t say that there’s nothing particularly lifted or copied from any particular game, but certainly inspired by them. Yeah, I wanted to make a good old-fashioned sci-fi horror with great atmosphere and tension which is what we set out to do and I really do think we’ve achieved it.

What platforms are you hoping to release the game on?

Well, we’re primarily targeting PC and console. We originally were only going to do PC once we were funded on Fig. We didn’t meet the stretch goals that were required to get the game on consoles, but I’ve just dived ahead and tried to work on them anyway. I’ve got it running on XBox, so we will be releasing on XBox. PS4 is still in prototype stage at the moment, and I’ve run the proof of concept for Switch. There’s a lot of optimisation work needed to get this to run on the Switch. It may look like a 2D game and you might think that it’s a very simple thing to run on the Switch, but it’s actually a 3D game using a lot of advanced lighting techniques. And when you have quite expensive lighting, that tends to not run particularly well on Switch. So one of the things we’re trying to do now is determine how we’re going to optimise the lighting to run on the Nintendo Switch at a good stable frame-rate.