Interview with Thomas Jenns of Valfaris 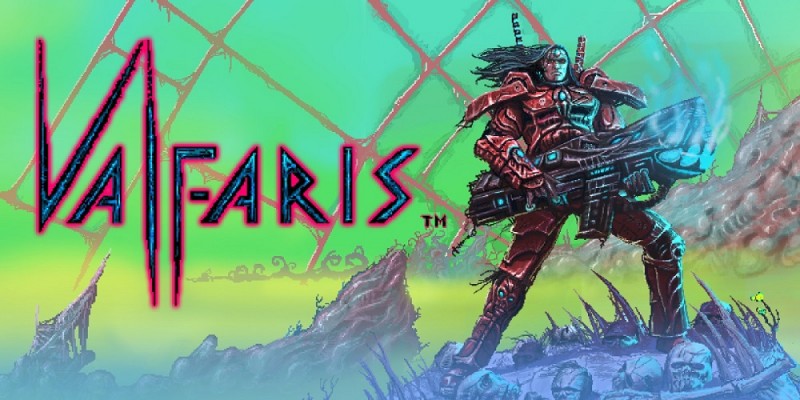 Coming from the same development team behind Slain: Back From Hell, Valfaris is a run and gun game in the same mould as Contra. However, whilst Slain was considered as being a bit of a letdown, many are heralding Valfaris as being a marked improvement, with the game getting stellar reviews across the board. With retro inspired visuals, and a soundtrack provided by former Celtic Frost guitarist, Curt Victor Bryant, Valfaris has certainly been getting plenty of attention from 2D fans. With this in mind, I spoke to Thomas Jenns (programmer and designer at Steel Mantis Games) and got to ask him as to how his game was able to secure a physical release. Enjoy!

What inspired the game?

Well, it’s a side-scrolling platformer / shooter. The gameplay is heavily inspired by some of those older, classic games like Contra and Turrican. And yeah, I used to love those kind of games as a kid, so you’ll probably see bits of that shining through everywhere. But the visionary of the game, Andrew Gilmour, his inspirations come from games like Diablo and Heretic and things like that. And a lot of Heavy Metal influences, yeah, and also stuff like Giger-type are, where you can see that kind of style all over the place with the twisting cables and vines.

Valfaris was physically published by Big Sugar. What sort of difficulties did you have in getting physical distribution for the game? Because it’s quite a niche game, so from that perspective, just the fact that you guys were able to get a physical distribution deal must have been quite a big deal…

Yeah, it is. I’m quite surprised that it was possible, but I think maybe it’s the style of the game. It really jumps out at people because of the graphical style was very striking to look at, and it has like awesome metal music as well. So maybe that just sort of grabs people in a way that a similar game might not have done.

So for those developers that happen to have games coming out in a digital-only format, what advice would you give to those people who possibly want to get the kind of physical distribution deal that you guys have gotten?

Well, that’s hard for me to say because I don’t know how it got to the point where physical copies could exist. I guess Big Sugar must have just done a great job of marketing it. But then also I’d say you need something that really wows people. You know, Valfaris immediately screams heavy metal to you when you see the main character holding his big-ass gun and standing in that pose with all the crazy background and stuff. So something, you know… I’m not sure exactly what, but you have to have something that looks different and will give people a huge first impression.

What projects does your development studio, Steel Mantis, have in the pipeline after Valfaris?

Well, we’re going to have a little break first. But I know Andrew will be keen to do something new and he’s very creatively driven. He’s always drawing stuff and he’s already got some new ideas for the next game.

Can you like shed any light on it? What kind of game will it be? Will it be a 2D game?

We’re thinking of moving into the realms of 3D, which is a scary place.

Probably not. Probably something third-person but other than that, possibly, but probably more action-orientated and even more violent. But it will be very metal, I can say that at least.

How long has Steel Mantis been going for now?

Well, we only formed Steel Mantis to make Valfaris. So I joined with Andrew after most of Slain had already been made. Slain was all in pieces and had to be redone, but after we worked together to finish that game is probably when we decided “well, let’s do a project together from the start.” And so we formed our own special Steel Mantis team for it.