As someone who has been in the industry since 2006, and as the Lead Producer of this year’s upcoming Evil West game, Tomasz Gop is extremely aware of how hard it is for a game to gain traction in what is proving to be an increasingly congested marketplace. At Gamescom this year, I spoke to him about this, and also got to gain some insight in terms of how he thinks the industry has changed since he entered the industry 16 years ago. Enjoy!

Your latest game, Evil West… How long has it been in development for?

I’ve been working on it since pretty much the beginning. It’s going to be four years come the release, which is November 22nd. But yeah, we could say four years is about the time that we took to give birth to this baby.

How many people are working on it at present? I guess you’ll be at maximum staff right now?

Yeah, it’s actually decreasing right now because we’re already past beta, so the biggest spike is already behind us. But we planned to be about 100 people at max, but it turned out to be about 150. Right now we’re below 150, but we’re probably still over 100 right now. And it’s going to decrease come the release date.

If I was to describe Evil West, I would pitch it as Gears of War in the wild west. For somebody who doesn’t know much about the game, would that be a good way to sell it?

That’s certainly a good start [laughs]. I’m a nerd but I could tell you much more about this. But if you’re looking for references, because we’re an action game studio, so you might think God of War, you might think Remnant: From the Ashes, because these are TPP games. Evil West is our first TPP Third Person Project, so we’re trying to look into the genre of action games that are in that perspective. As for the mood, this is the weird west, so it’s cowboys meet vampires. There is kind of a crossover here. As for the pure gameplay stuff, we are aiming for both a shooter and melee brawling game, and we’re deliberately trying to be 50:50. So the way that we are approaching this game, if you mix these two things efficiently and frequently, you’re probably going to be most effective whilst playing. I hope that’s enough description for you.

Flying Wild Hog… Apart from this game, what other games have you worked on?

Shadow Warrior… That’s our staple, I would say.

Yeah, all three. There was a Shadow Warrior back in the ‘90s, but since it’s been rebooted, we’ve done all three parts of Shadow Warrior. But since Flying Wild Hog is actually three studios, Warsaw team was doing Shadow Warrior and Warsaw team is doing this one as well. But we have a Kraków studio that is working on Space Punks, that’s our free-to-play game, and we have a Rzeszów studio who worked on Trek To Yomi. These are our Polish cities. So yeah, we did multiple games and actually, this was crazy, as it was a first for us… With this game, we will have released four games within a span of one year. So that’s quite a feather in our cap. 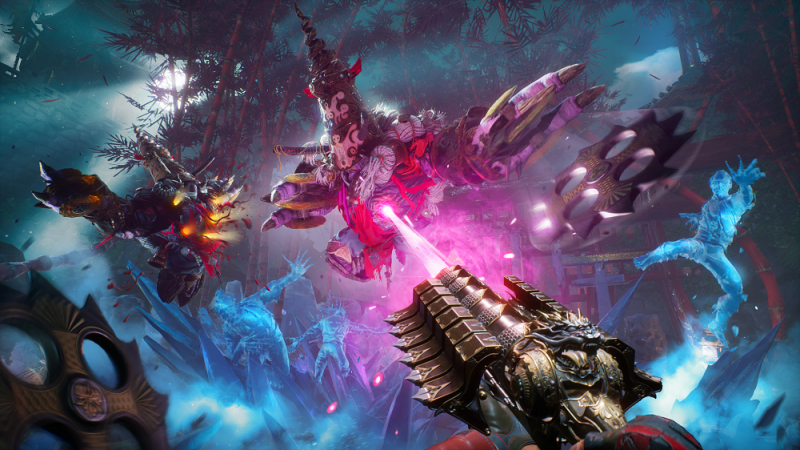 You are part of the Embracer Group…

I saw this news report which said that Embracer has something like 200 games in development… Does that put pressure on you to maybe up the ante in terms of trying to make a game? I know that the games market is already saturated, and here at Gamescom, it’s really hard for a game to stand out…

Oh, thanks for mentioning it. It’s something that has changed dramatically within the last 10, 12, 20 years. Breaking through right now… it’s crazy.

I know that this is an industry wide problem as a whole, but do you have any pressure as a studio to punch above, say, the 200-odd games that Embracer Group are developing right now?

No. We’ve been part of Embracer Group for, geez, I don’t want to lie… It’s going to be a year and a half to almost two years. We’ve never felt pressure like this, so that’s good. Hopefully, we never will. But no, there is pressure, but it’s a purely internal one. We are ambitious types. This is something that we always want to be, we want to thrive, we want to shine and we’re always going to try to make the best games in a group. Whether we succeed or not is a different story, but “no”, to answer your question. And honestly, there’s no bullshitting, we’ve not felt pressure from neither Embracer or Plaion. No, that’s not happened. 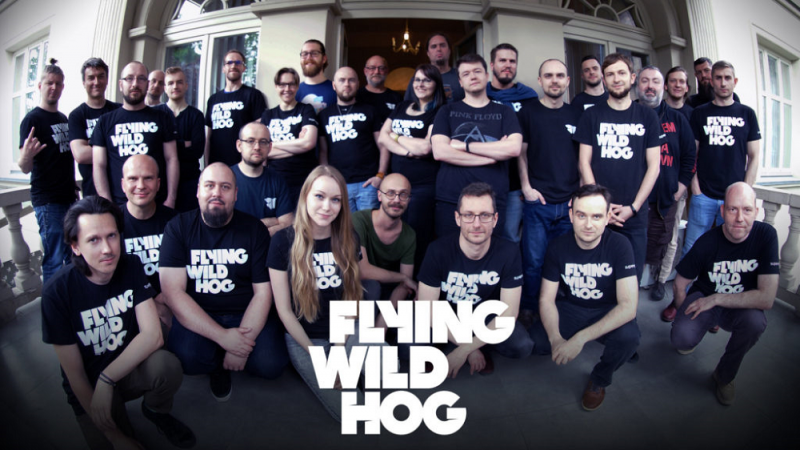 You’ve been part of the industry since 2006. You mentioned how you felt that there’s been a glut of games in the last 15 years. But since your time in 2006, which I guess is about 16-odd years now, how do you think the industry has changed? Especially as a lead producer who has a pivotal role on a game that has 150-odd staff, and bearing in mind that 15 years ago, there weren’t that many games that even had 150 people…

Yeah, when I started, that was a different studio. There was The Witcher 1 which had 60 people tops. So it was different, it was way different. I’ve not given it a whole lot of thought, but if I think about things that have changed and evolved in the actual industry, and you’ve mentioned it already, I would have to come up with the sheer number of games that are being released. This is crazy. If you’re AAA, you’re fine, and you’re always going to be fine. If you’re AA, you’d better be really, really good. If you’re an indie? Man, it’s going to be tough. It’s going to be a blood bath. So that’s one thing that’s changed. And if we’re talking about pure game dev, I’ve noticed a lot of things evolve and change as well. A lot more people are professional game developers these days in comparison to many years ago, and it’s become more of a business job. I don’t want to say just a “job”, it’s never just a job, it’s the entertainment industry. It always gives you goose-bumps, whatever you do. But at the same time, I see a lot more people that treat it much closer to just a job. I don’t want to sound like a boomer, but when I was starting that, leaving the project before its end… You could always do that if you wanted, sure. Just change your job, whatever. But there was a sort of ethos, a badge of honour when you finished a game. I don’t see that too much anymore.

Do you miss those days?

Depends… It was tougher. You had to grind your teeth and just get through it. That wasn’t great. It’s always healthy to be able to change the job, and I acknowledge it. I think I’m smart enough to understand that. But at the same time, it is true… It will always be true that the ending, the last 10% of the project, is where you get 90% of the experience. Even if I exaggerate, it’s just by a small margin. There’s sides to it. I don’t complain, if that’s what you wanted to ask. But there’s a certain amount of very valuable experience, that if you want to bind your life with this industry, ending a project is where the thing is at. That’s what you want to try and do.

What about just the games development industry in Poland? How has it changed? Because nobody really talked about Eastern Europe 15 years ago. It’s always been about Japan, America, and the UK. How do you think the development industry has changed over the last 15 years in Poland, as part of Eastern Europe, which is essentially emerging as a gaming superpower who are making some of the biggest games these days?

We have CD Projekt, we have Techland, we’ve got People Can Fly. Seriously, there’s a lot. It’s boomed, it definitely has. Not only the number of studios, even one or two people studios… There’s hundreds of these in Poland right now. There’s thousands of game developers, I’m guessing, right now. But game developers in Poland right now? It’s a big industry right now, and it’s gone big in the stock market as well, which is a reflection of what’s happened. People are investors, and they’re really interested in it. So it’s boomed in Poland. 15 years ago, my mother would have said, “you’re making toys for kids, stop that, get a real job”. That’s not the case anymore.