Interview with Tomasz Hałajko of Cynthia: Hidden in the Moonshadow 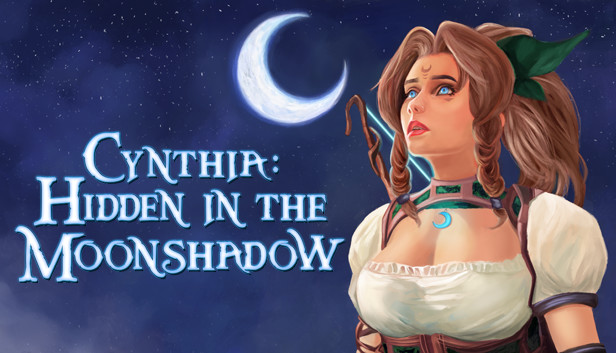 Made with the Unity Engine, Cynthia: Hidden in the Moonshadow is the brainchild of a 26 year old Polish developer who started working on the game outside of his working hours in March 2020. Since then, the game has gone on to attract the interest of indie game enthusiasts who have been particularly impressed by its colourful art style and graphics.

Even though the game itself is best described as a solo effort, Tomasz Hałajko has received some outside assistance (via Fiverr). With that said, Cynthia certainly defies expectations of what a lone auteur is capable of, and is testament to what can be achieved by someone who doesn’t have outside funding.

With the demo now available on Steam, I was able to interview Tomasz Hałajko about his game, and was also able to determine as to how he overcame challenges during the game’s development. Enjoy!

What is your background as a game developer, and what made you decide to tackle Cynthia as a solo project?

I started learning programming and game development when I was around 17 year old, but it was just as a hobby at the time. Since then I’ve created a few prototypes and I’ve also released a game on Android – which failed to such an extent that I stopped making games for 2 years. About 6 months ago, I finally got a job as a Unity Developer at a gaming company.

I decided to make Cynthia as a solo project because I come from a small town in Poland, and at the time I didn’t know anyone with the same passion for game development.

You’ve been working on Cynthia since March 2020. Since then, what have been the biggest challenges and difficulties that you’ve had to overcome – particularly as a solo developer working during the pandemic? How did you overcome these hurdles, and what lessons can you impart to others who are in a similar situation as yourself?

I think it has to be motivation. Working on a project for such a long time is super exhausting and the initial excitement can burn out super quickly – especially when you’re working on the project solo and have no-one else to share your thoughts and ideas with. That’s a very big disadvantage of working solo, where you can’t motivate each other with new ideas because you’re working alone. So I would therefore suggest two things:

First – try to find someone to share ideas with, or work with a similar person to yourself.

Second – if you are working solo, try to be as consistent as possible. By that, I mean try to work on your game everyday. Even if it’s like for something like half an hour. It’s completely fine to do that, and you will still make progress with those small steps.

Even though the game is described as a solo project, are there any aspects of the game that have required you to seek assistance from outside partners? How did you find these collaborators, and what aspects of the game did they help you with? What sort of budget was involved?

Yes! I’m really bad at modelling stuff in 3D so that’s why I hired a freelancer to make the main character for the game. I’m actually using Fiverr to mostly find people. Fiverr was also used to find people to do the game art and voice over. I’m financing this project entirely from my own budget.

I would say that the level of financing depends. I’ve spent anywhere from like $50-500 per freelancer. That may not seem like much, but for my budget, it’s really a lot. I’m also using some assets from Unity Asset Store, and I’m trying to modify these in order to make them look cohesive with the rest of the game. 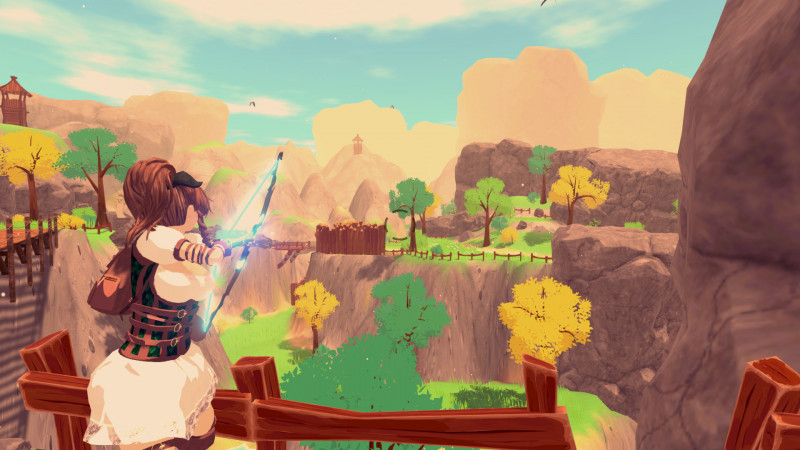 Cynthia reminds me of Zelda: Breath Of The Wild and Genshin Impact, and is described as a story-driven adventure game with stealth mechanics and light puzzle solving. As a solo developer, how difficult was it for you to be able to add size and scale to the game whilst also ensuring that the game mechanics remain fun in a world that has a tight narrative focus? What steps did you take to ensure that there was enough “game” for players to chew on without necessarily resorting to padding and bloat? At the same time, how long is the game?

At the start there were actually plans to make the game more dynamic with Dark Souls style fighting mechanics. But as you can see, this got cut pretty quickly.

I knew early on that I would need to reduce the amount of ideas that I would be able to implement, and therefore focused on just a small base that will be fun for players. So I decided that I would need to create a game that will be pretty short, and which I would be able to finish in a reasonable amount of time. But even with a short game, there is a lot work to do, and time is super important to me. With that said however, the game will be 2-3 hours, so it’s rather short I guess.

When do you think the game will be out, and aside from the PC, what other platforms are you looking to release the game on?

There is no defined release date right now. I’m planning to premiere the game in Q3-Q4 2022 but this might change. It really depends because my day job takes up most of my time.

Initially, the game was designed for mobile devices, but since I’ve started promoting the Steam version of the game, I’ve decided that the mobile version will come out after after the PC release. I also think that a version for the Nintendo Switch would be awesome, but right now I can’t make any promises as I would need to get a license for the Switch. So for now, I’m just focusing on the PC version, and after the game is released, I’ll be looking to port Cynthia to other systems.

Over 50% of indie games that are released on Steam never make more than $4000. Why do you think that is, and what steps are you taking to ensure that Cynthia doesn’t suffer from the same fate?

Based on the feedback that I’ve gathered from players who’ve played the demo, it seems that a lot of them are enjoying the game. There are some hiccups that I’ll be planning to fix, but overall, the opinions are positive.

I’m putting in a lot of effort into marketing the game. I’m growing my Twitter account – which reached 2000 followers in half a year. I’ve got some great numbers on Reddit and these are giving me hope that the game might potentially sell well. I’m also taking part right now in the Steam Next Festival, so a lot of people will hopefully get to play my demo. I will see how it goes. Fingers crossed that they enjoy my game.

What is the indie games development community like in Poland, and what tips would you give to someone who is looking to get into solo game development?

I can’t really say much about it. I was part of a small polish game development community on (the now deactivated) website Warsztat.gd, and I remember they were really helpful when I was starting my journey with programming. Right now, I’m mostly talking to my co-workers and I’m really thankful for their advice and help.

For tips, I would say start super small. Make a game that is 10-15 minutes long. Finish it. Release it on itch.io or Steam for free, and get feedback from players. Learn from it and repeat the process. This time (maybe) look to making the game a little bit longer and so on. Also work on it everyday. This really adds up, and you’ll soon be able to finish your game.