Will there ever be a pushback against music streaming services? 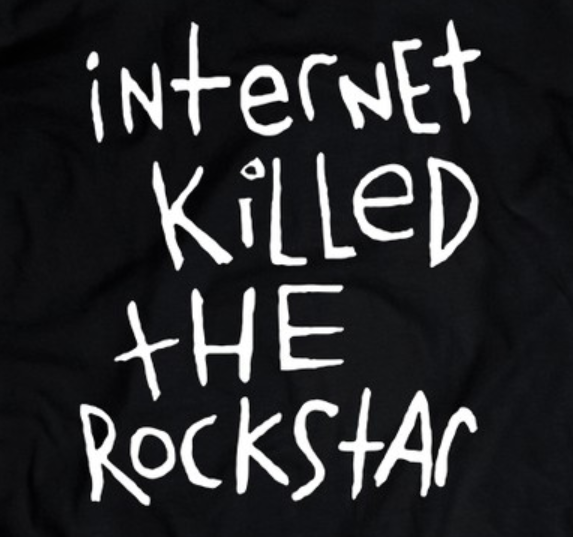 I bought two relatively niche music CDs recently (Paw ‘Death To Traitors’ and Earth ‘The Bees Made Honey In The Lion’s Skull’), and it made me realise that I very much prefer the “olden days” when people actually bought and listened to physical media (ie CDs and vinyl), as opposed to now where people subscribe and listen to streaming services.

In the olden days, an artist would actually be compensated for their work. And because the listener had invested so much more time and effort in gaining access to the music, they would value it more and have a far healthier relationship towards the medium and message. Now, everything is so disposable. Musicians also don’t get paid anywhere near as much as what they used to.

Sure, streaming is a great marketing tool, but I would argue that this is what singles and music videos can be used for.

Could an underground musician/ band still get some degree of success by eschewing digital streaming services, and by releasing their music only on CD / vinyl?

And if an underground musician still wants to use a streaming service, then maybe they could just limit their streaming library to only a few songs – where the songs act like “singles”.

Maybe there could be a disclaimer at the end of each track to inform the listener that the single is just a primer for the album – which is only available in physical format. In this way, the streaming service could almost take on the same role as the radio station, and the disclaimer could also very much act like a radio presenter. At the same time, radio stations never play full albums, and are only concerned with playing singles.

In some ways, this could prove to be a better strategy than what is currently being regarded as being the status quo. For not only would musicians be able to clearly distinguish between casual listeners and “true fans”, but just like the olden days, the true fans would actually go out and support the artist (by buying their music) after listening to the single on the radio / streaming platforms. And according to Kevin Kelly, a musician only needs 1000 true fans in order to be able to financially sustain themselves.

This scenario is similar to what is seen with the movie industry. If a movie trailer can be equated as being similar to a music single, and if people like a movie trailer sufficiently enough (which in its own way can be equated as being a primer for the movie itself), and if the movie can’t be found on streaming services, then people will have no choice but to pay for the movie (either by buying it in its Blu Ray physical format, or by attending the cinema).

Personally, I think the likes of Spotify etc give underground artists a really raw deal. And as someone who prefers physical media, I’d much rather see a return of the olden days when artists would release their music physically. For not only is this better for the fans (as it gets them much more invested in the music), but it’s also a much more healthier business model for underground artists to pursue – as they’ll now actually be able to make some money and won’t have to pander to an uninterested and ungrateful crowd who don’t actually value their work.